Last week, a Union Pacific oil train derailed in Oregon. Emergency responders, including BNSF, acted swiftly to contain the risk, and protect communities and the Columbia River. Thankfully, no injuries were reported and residents are returning to their homes.

Nothing — absolutely nothing — is more important to BNSF Railway than operating safely. We are continuously investing in new technologies, our infrastructure and resources to reduce risk. We take this commitment seriously and have long worked to ensure accidents do not happen.

We detect issues long before they become problems.

Wayside detectors are placed closer together along the Columbia River Gorge. Instead of 40 miles apart, they are 10 miles apart. We also use a Locomotive Event Recorder similar to the “black box” in airplanes that downloads information about a train’s speed, crossing grade signaling and braking. A computer program screens this data and alerts a supervisor if a locomotive operates outside defined parameters. 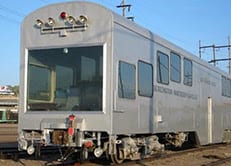 Specially-equipped vehicles are used to measure the track’s rail alignment, curvature, acceleration, and crosslevel of the two rails.

We inspect our tracks more than twice the frequency required by federal regulations. Our busiest main lines can be inspected daily, which include the route through the Columbia River Gorge.

We invest in programs and changes to ensure safety and efficiency. 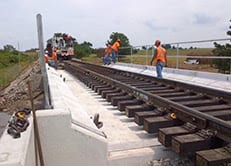 No derailments have been caused by structural integrity of a bridge.

BNSF invests millions of dollars to improve its rail network’s safety and reliability. On bridges alone, we invested $420 million to repair more than 340 bridge components and completely replace 290 bridges.

We use special handling procedures when shipping hazardous materials, such as crude oil. There are more restrictive operating procedures including lower speed limits, stricter rules for trackside warning device notifications, and specialized securement and tracking procedures.

We make sure emergency responders are prepared.

BNSF has trained thousands of first responders and sponsored many to attend three-day specialized crude-by-rail trainings in Colorado and at Texas A&M in College Station, Texas. Together with local emergency response agencies, BNSF has developed response plans and staged specialized equipment and hazmat responders across the rail network.

We typically train upward of 10,000 public emergency responders every year. In 2015, BNSF trained more than 900 first responders in Washington. BNSF has specialized equipment and hazmat responders staged across its network to deal with hazmat and crude oil incidents, including for firefighting and spill cleanup. 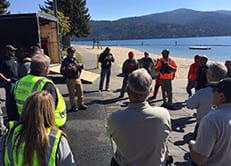 The AskRail mobile app, developed by the rail industry, provides first responders with car-specific data for hazmat contents and railroad contacts during an incident. BNSF’s SECURETRAK, which is a realtime, web-based Geographic Information System tracking program, is available to state and/or regional fusion centers.

Rail is the backbone of the Northwest. For well over a century, BNSF has safely moved goods to and from the Northwest and is proud of our strong ties to the region. Our commitment to preventing accidents contributed to the Federal Rail Administration declaring 2013, 2014, and 2015 the safest in U.S. history. This is a legacy we intend to maintain in the years to come.