The railroad’s long history of hiring veterans dates back to the Civil War, and that connection continues today because together we are a good fit.  Veterans embody the core competencies essential at BNSF: leadership, teamwork and the ability to perform safely in a fast-paced, dynamic environment. 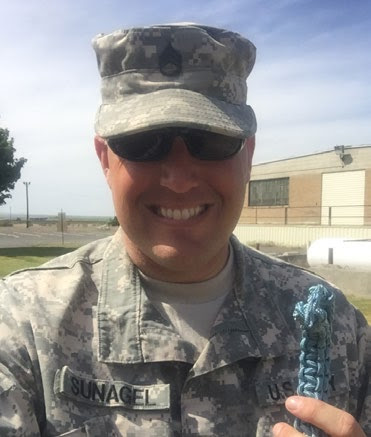 A 2012 study by the Department of Veterans Affairs (VA) Mental Health Services discovered an alarming rate of suicide among veterans. A new program with an eye on veterans is being piloted in Everett, Wash., in coordination with Operation Stop. As both a veteran and Everett conductor, Drew Sunagel has been selected as the first Veteran Support Advocate. He has been trained by OpStop and the local VA to direct employees to issue-appropriate resources and personnel, from mental health and substance abuse to concerns with payroll, benefits and taking leave for military duties. “I want to look out for my brothers and sisters,” he said. “I appreciate everything they’ve sacrificed for our country. And for the ones who have sacrificed the most, I just hope I can continue to do my part and live up to their service.”

Sunagel is a veteran himself. He served in the U.S. Marine Corps from 1995-99. Since 2003, he has served in the Washington Army National Guard, and has twice deployed to Iraq for a total of three years as a combat engineer of demolition and explosives.