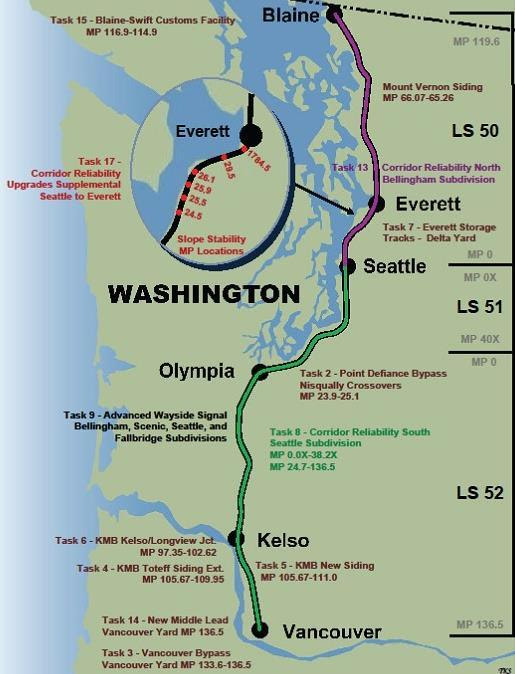 BNSF recently put the final spike in a 7-year program that included 14 complex projects in Washington. These projects, mainly funded by the American Recovery and Reinvestment Act (ARRA), focused on enhancing passenger rail service and ensuring a consistent level of freight operations through the region.

As the various improvement projects rolled out, BNSF’s passenger and commuter on-time performance has steadily improved, particularly on the southern portion of corridor, where BNSF installed 14 miles of new third main line between Vancouver and Kelso. Additionally, the six slope stability projects that help mitigate mudslides between Seattle and Everett, WA, will significantly enhance reliability and consistency of passenger service.