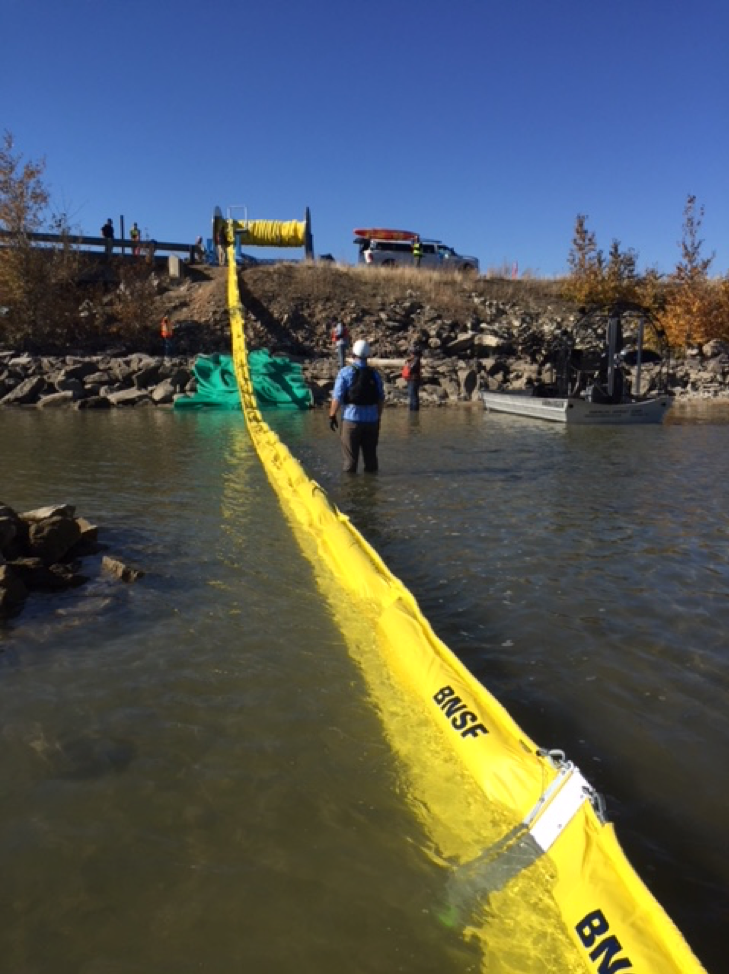 North Idaho first responders engaged in two days of successful containment boom deployment practice on the Pend Oreille River at Sandpoint, Idaho. Working in conjunction with Bonner County, DEQ, ITD and EPA, BNSF and oil spill response organizations trained staff in the use of newly acquired containment boom reels. Each reel holds 2,000 feet of boom and can be deployed much more quickly than previous systems.

During the exercise, more than 6,000 feet of boom was deployed in less than two hours. With the addition of the new boom reels, there is now 24,000 feet of boom available that can be deployed to an emergency anywhere within two hours of Sandpoint. BNSF and our oil spill response organizations will continue drilling and training local first responders to improve response times and equipment familiarity.