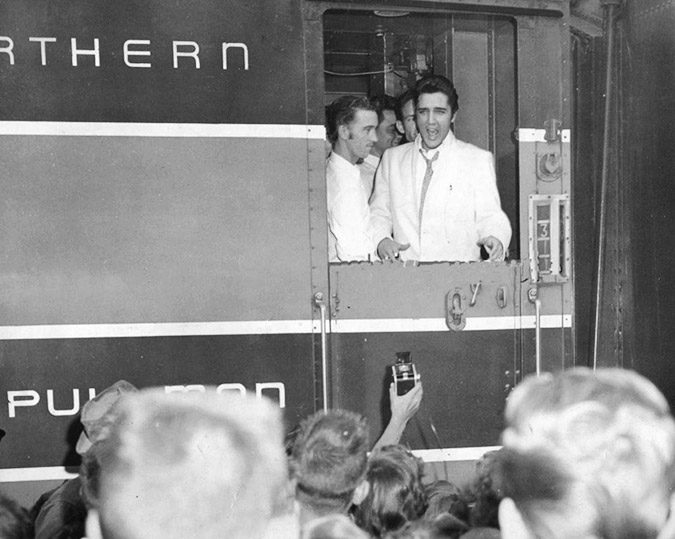 In addition to celebrity passengers, movies, television shows and commercials have been made about the railroad or were filmed on railroad property. In 1939, the western film “Dodge City” debuted in Dodge City, Kansas, along the original Santa Fe Transcon mainline. A few years later, Judy Garland starred in the MGM film “The Harvey Girls,” an adaptation of a Harvey hotel/restaurant operation set in the Southwest.

Read more about how BNSF and Hollywood’s histories intersect here.