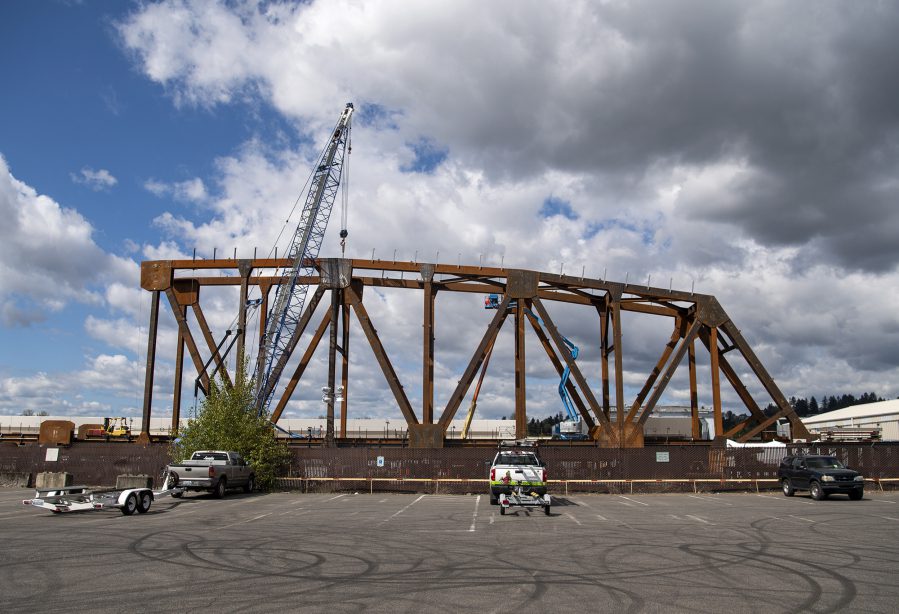 Folks who have ventured down to the Vancouver Marine Park boat launch have likely seen a new bridge taking shape. It’s hard to miss—the steel truss structure is much taller than its surroundings. The new structure is a railroad bridge that will replace a century-old BNSF bridge over Drano Lake in Skamania County. The bridge serves a BNSF route that runs east from Vancouver along the northern side of the Columbia River.

The new infrastructure—which will span approximately 440 feet and will include a 360-foot central steel through-truss span—is part of a larger push by BNSF to upgrade its statewide rail network.

Construction crews are already driving pilings for the two main piers that will support the Drano Lake bridge. Once the piers are completed, the finished truss will be loaded onto a barge and floated up the Columbia River to its final location.