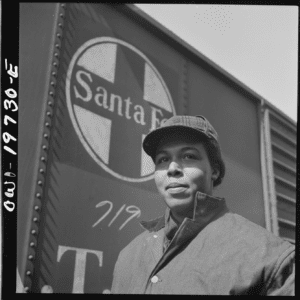 Women’s History Month, observed in the United States each March since 1987, provides the opportunity to reflect on the contributions of women to our world. Women have been involved in railroading since the 1800s. Some of the first railroad jobs they held were as registered nurses and what was referred to at the time as stewardesses in passenger cars. Over the decades, women’s roles expanded as additional opportunities became available.

Here are a few of the many past female contributions to the railroad industry: 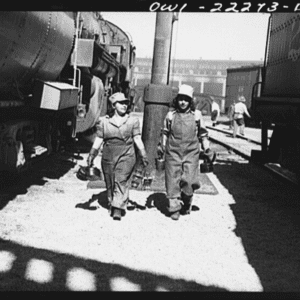 Women workers at the ATSF roundhouse in San Bernardino, Calif. in 1943. They were responsible for replacing lamps and oil cans on incoming locomotives. Photograph by Jack Delano. Library of Congress, Prints & Photographs Division, FSA/OWI Collection, LC-USW3-022273-D. 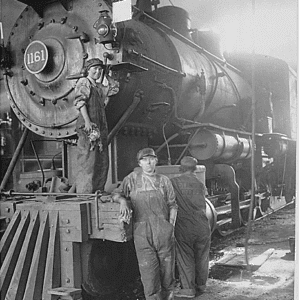