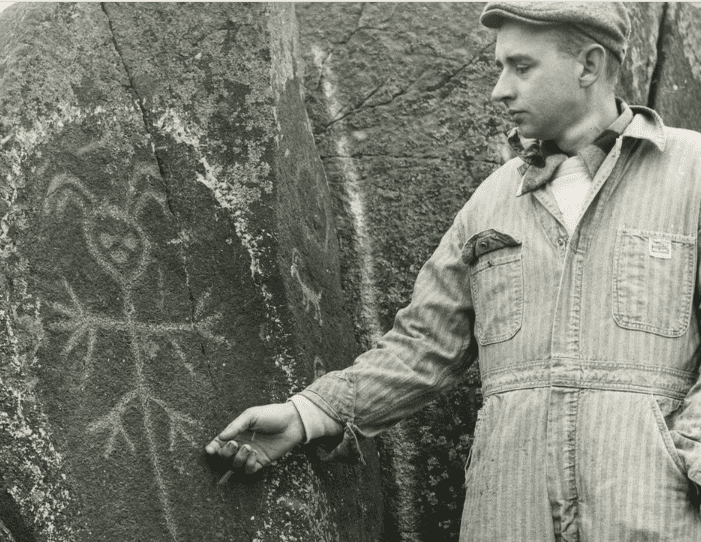 In the late 1950s, The Dalles Dam and John Day Dam neared completion, causing water levels to rise and threatening many prehistoric rock carvings. James Lee Hansen, one of the Pacific Northwest’s premier sculptors, made stone copies of the carvings to save them from being lost in the rising Columbia River.

Because of grants provided by BNSF, the Maryhill Museum of Art built an exhibition space, moved the collection of these stone casts to the museum, and created a film documenting Hansen’s work. All pieces will be used for the museum’s Native American Collection.