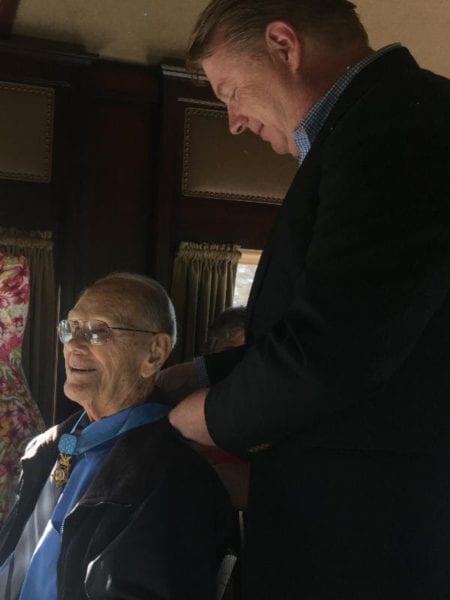 The Oregon Legislature recently honored Bend resident Bob Maxwell who at 96-year-old is the oldest living recipient of the Medal of Honor and the only recipient living in Oregon. Separately, as a way to say thank you for his service, BNSF also honored Maxwell and the Bend Heroes Foundation during a special train ride aboard BNSF’s vintage passenger rail cars.

Maxwell, originally from Idaho, was serving in France in September of 1944 when Germans attacked and threw a grenade into the midst of his unit. Maxwell grabbed a blanket and fell on the grenade absorbing the blast. He nearly died but was credited with saving the lives of his fellow soldiers.