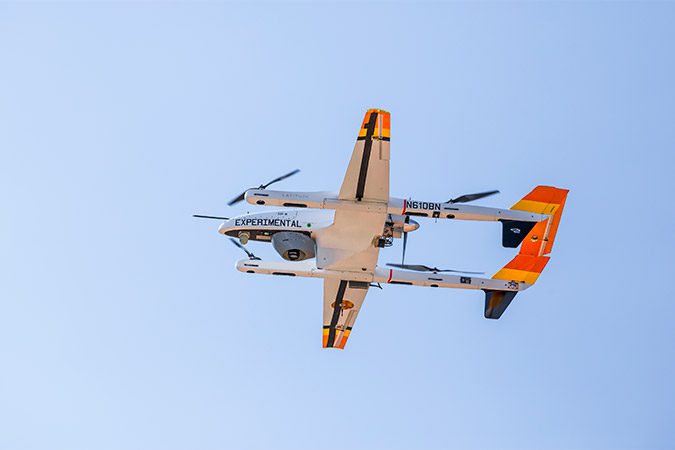 Railways might not come to mind when thinking of companies that utilize drone technology, but BNSF has been a leader in employing drones for years.

BNSF first used drones in 2015 to monitor service interruptions during a flood event in Valley View, Texas. Since then, our drone capabilities have advanced with the help of our partner, the Federal Aviation Administration (FAA) who recently granted BNSF a national exemption, allowing us to expand our drone operations.

A key area where BNSF employs drones is beyond visual line of sight (BVLOS) flights, in which the unmanned aircraft is flown out of the view of the pilot, who monitors the drone from a remote location. In addition to checking service interruptions, drones allow BNSF to build on our robust safety record and increase efficiency in railroad operations by detecting issues early. During previous extreme flood events, BNSF staff often physically walked to the impacted track to make assessments and develop a recovery plan. Drones streamline that process and provide a look at areas that are difficult to access. This was particularly handy during this year’s historic flooding in the Midwest. Learn more at www.bnsf.com/news-media/railtalk/safety/bnsf-drone.html.