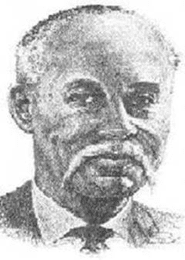 Andrew Jackson Beard revolutionized railroad safety with his invention of the Jenny automatic car coupler, which aimed to improve the knuckle coupler patented by Eli Janney in 1873. The knuckle coupler did the dangerous job of hooking railroad cars together, which previously was done by manually placing a pin in a link between the two cars. Beard himself had lost a leg in a car coupling accident. Unlike the vast majority of inventors who never profit from their patents, Beard received $50,000 for the patent rights to his Jenny coupler – almost $1.5 million in today’s dollars. He also received two patents for rotary steam engine designs. Beard was inducted into the National Inventors Hall of Fame in 2006 in recognition of the Jenny coupler. To learn more, visit the U.S. Department of Transportation website. 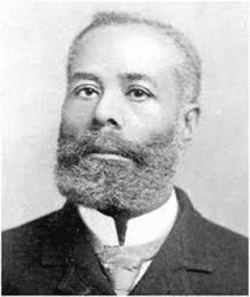 Elijah McCoy developed his first major invention while working as a fireman and oiler for the Michigan Central Railroad. After studying the inefficiencies inherent in the existing system of oiling axles, McCoy invented a lubricating cup that distributed oil evenly over the engine’s moving parts. He obtained a patent for this invention, which allowed trains to run continuously for long periods of time without stopping for maintenance. McCoy received nearly 60 patents over the course of his life. While the majority of his inventions related to lubrication systems, he also developed designs for an ironing board, a lawn sprinkler and other machines. In 1920, toward the end of his life, McCoy formed the Elijah McCoy Manufacturing Company to produce lubricators bearing his name. To learn more, visit the Biography website. William Thaddeus Coleman Jr. was appointed by President Gerald Ford to serve as the fourth U.S. secretary of transportation in 1975 and was the first African American to serve in that role. During his time at the U.S. Department of Transportation, Coleman issued the agency’s first official statement of national transportation policy and established the Materials Transportation Bureau to oversee programs for pipeline safety and the shipment of hazardous materials. Coleman also played an instrumental role in the development of Interstate 66, a major highway serving the Washington, D.C. region. He was awarded the Presidential Medal of Freedom by President Bill Clinton in 1995. 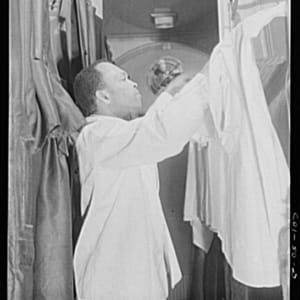 The Pullman porters organized and founded the Brotherhood of Sleeping Car Porters (BSCP) in 1925. During the heyday of railroad travel, the Pullman Palace Car Company built, owned and operated the majority of the passenger trains and the Pullman porters provided service to the passengers. In the beginning, the Pullman Company hired only African American men for the job of porter. The wages and working conditions were below average for decades and the porters had tried to organize since the beginning of the 20th century. The BSCP was the first African American labor union to sign a collective bargaining agreement with a major U.S. corporation and the impact of Pullman porters stretched far beyond the railroad with lasting economic, social and cultural impacts.