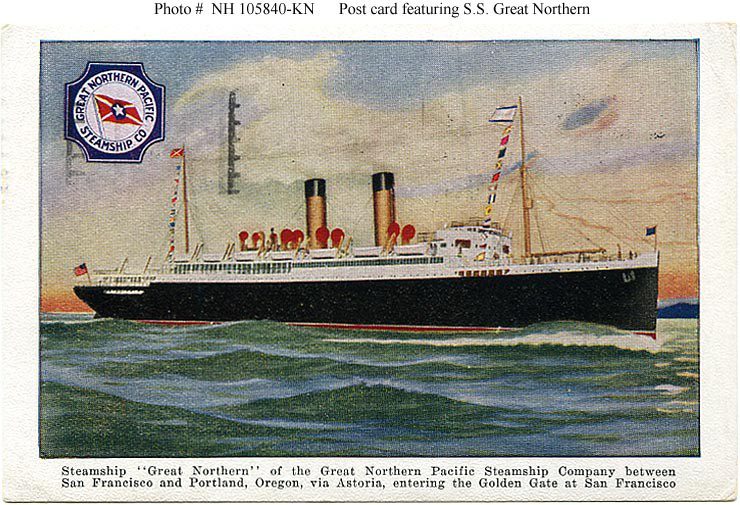 Twin steamships, the Great Northern and the Northern Pacific, were the flagship vessels of the passenger service provide between Oregon and California. The two ships performed their job so well, running at a 20-knot speed, that they became known as the two fastest ships under the American flag. Sailing time between Astoria and San Francisco was 27 hours.

World War I brought an end to this venture when the U.S. government purchased both vessels for trans-Atlantic troop service. The Great Northern continued to serve the government and private owners, and under a different name, she supported the Allied invasion of Europe on D-Day in 1944.