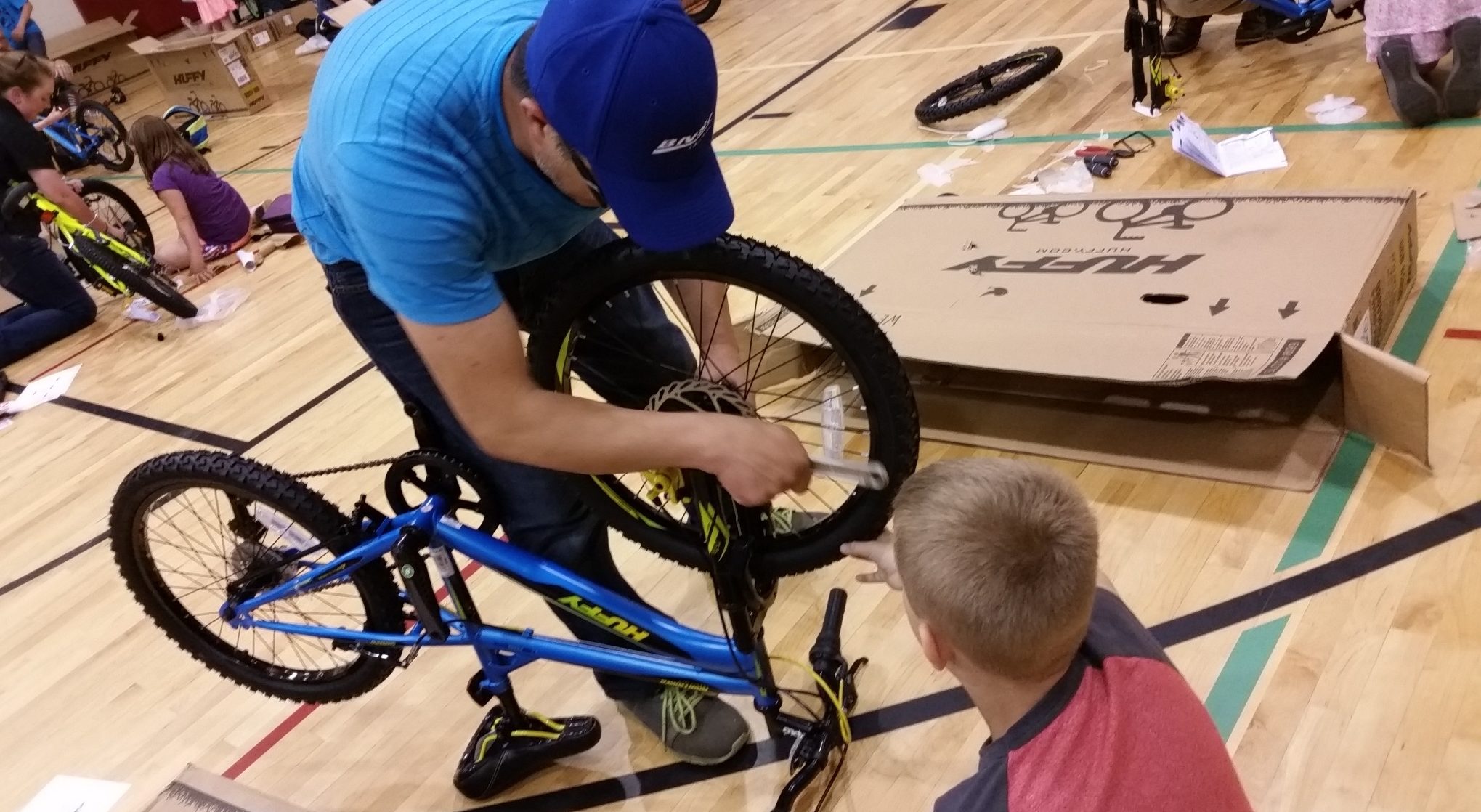 BNSF Railway has been longtime supporters of Boys & Girls Clubs throughout the Pacific Northwest and across its system. On Wednesday, June 20th, Spokane-area BNSF employees donated 25 bicycles to the Boys & Girls Club (BGC) of Spokane County. More than just bicycles, though—BNSF employees also worked with BGC kids to help them assemble the bikes themselves 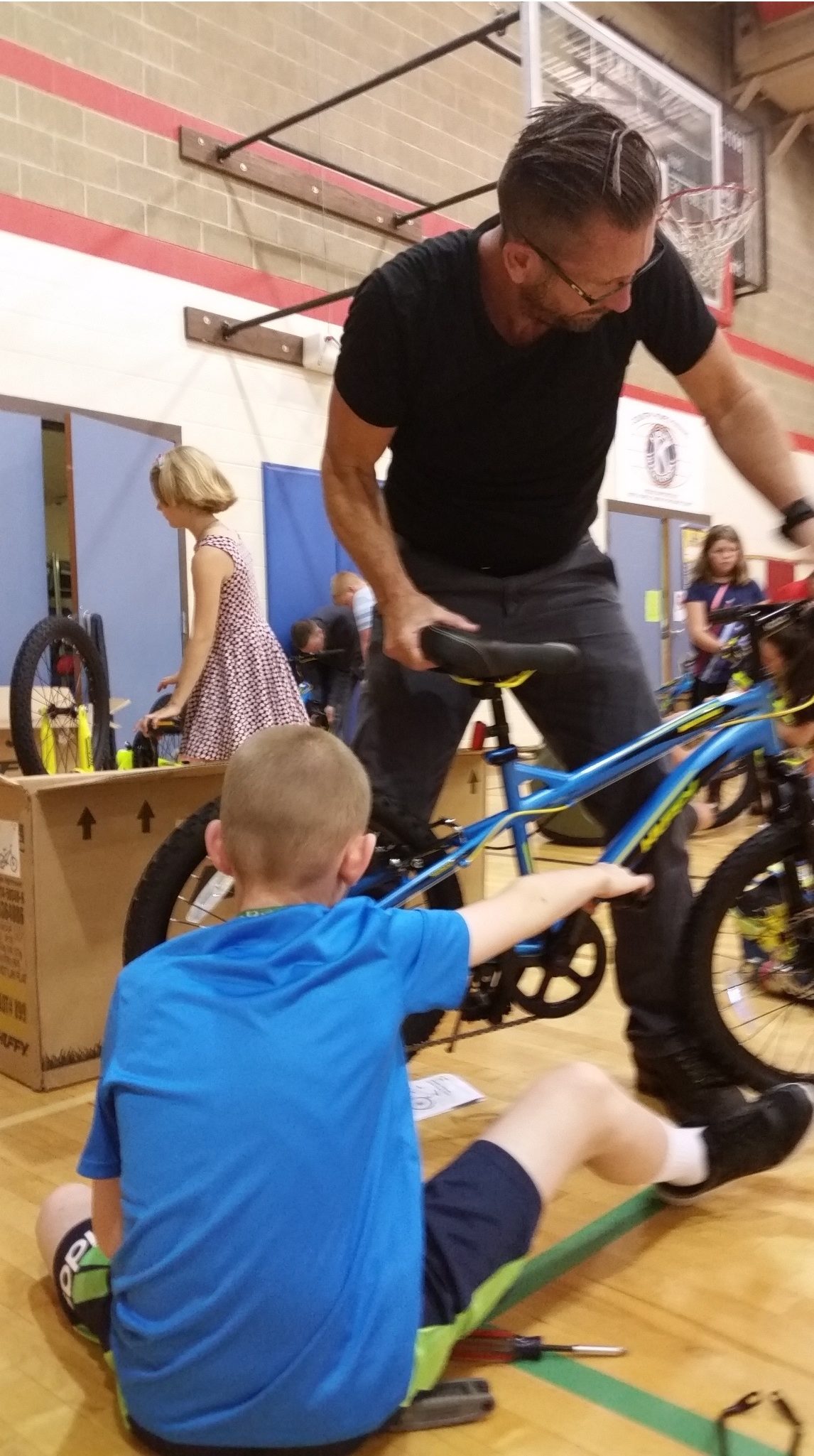 Bicycle donations were sponsored by the Operations, Engineering, Signal, Mechanical, Marketing, Claims, BNSF Police, and Telecomms divisions. All told, 25 Huffy bicycles in 20” (sized for children ages 9-13) were delivered to the gymnasium at the Lisa Stiles-Gyllenhammer clubhouse in Mead to be assembled by BNSF personnel and BGC member children. After a standard BNSF safety briefing, BGC children were brought in and each child was teamed with a BNSF employee and a bicycle. BNSF’s Rocky Scott served as the point person for questions about correct bicycle assembly, and under his watchful eye, all the bikes were assembled and tuned to proper working tolerances. These bicycles will remain at the club location in northern Spokane County so they may be shared and used by the more than 750 BGC member children who utilize that location

After the bikes were assembled, children were fitted with helmets, with BNSF’s Rhonda Roberts quizzing the kids on proper helmet fit and harness adjustment. They were then allowed to walk the bicycles out to the outdoor running track and ride laps around it. BGC personnel also distributed ice cream sandwiches to the happy kids.