The BNSF Railway Foundation continues to support the communities across the 28 states through which BNSF operates, and where BNSF employees live, work and volunteer. Recent contributions include:

Helping rebuild communities and honoring the past
Sandpoint, Idaho’s downtown area unfortunately lost a piece of history when a fire destroyed several historic buildings in February. The BNSF Railway Foundation supported Sandpoint in the recovery process, donating $7,500 to the city in a beautification effort to give the destroyed buildings an aesthetic upgrade. The funds went toward vinyl panels fitted onto the chain link fence surrounding the wreckage. 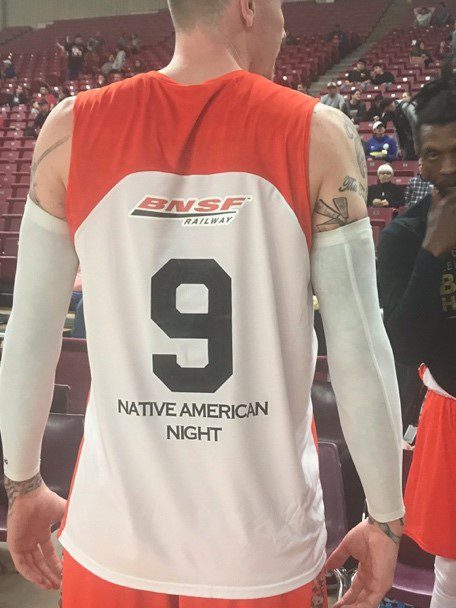 Honoring Yakama Nation heritage on the court
At a recent Yakima SunKings game at the SunDome, the home team wore special white jerseys with orange shorts with the “BNSF Railway” logo across the upper back. The exclusive jerseys were given to the team on behalf of a partnership between BNSF and the Yakama Nation for “Native American Night,” where native drummers and dancers performed at halftime. Several members of the tribal council, general council and other members of the Yakama Nation were in attendance, including the Yakama Warriors, who presented the colors for the national anthem. Learn more about the SunKings: sunkingsbasketball.com.

Fostering safe communities
Clark County’s Sheriff Auxiliary program, formerly Neighbors on Watch, is a volunteer program that utilizes community members in law enforcement endeavors—whether in department training, canvasing neighborhoods to post flyers for a Cold Case investigation, washing dishes or helping with traffic control at an event. Funds from the BNSF Foundation supported a training academy to enlist new recruits for the program, which volunteered more than 2,600 hours in 2018. Learn more at  clark.wa.gov/sheriff/sheriff-auxiliary.