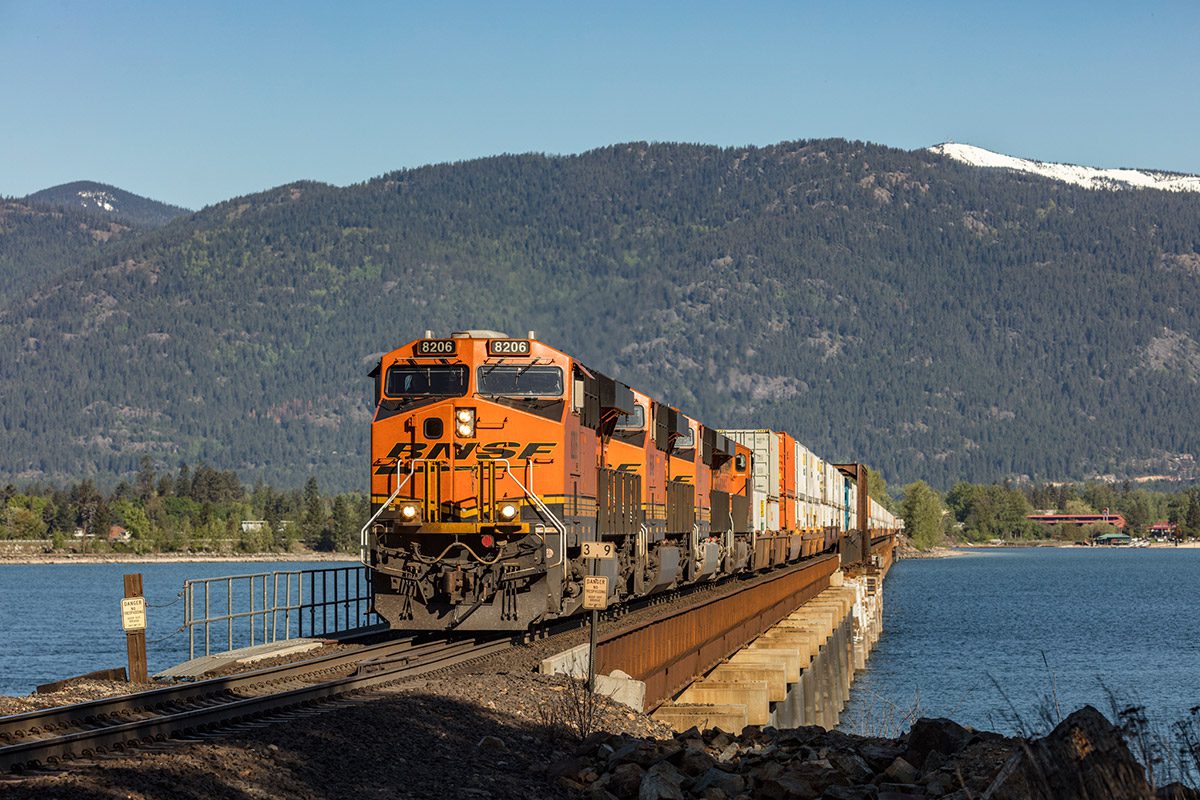 BNSF has played a key role in Idaho’s economy for more than a century, and that tradition remains strong. Idaho continues to be part of the Great Northern Corridor, which spans from the Pacific Northwest to Chicago.

BNSF ships trainloads of products in and out of Idaho and links industries in the state—such as agriculture and timber—to domestic and international markets. In total, BNSF moves 1.5 million carloads of freight in Idaho annually.

In addition to linking Idaho’s economy with regional and international markets, BNSF also houses our refueling facility in Hauser. The Hauser facility refuels locomotives and applies lube oil, water and traction sand in a turn-around time of 30 to 45 minutes for an average of 32 trains a day. The Hauser fueling depot is also a leader in environmental protection, with robust environmental monitoring and detection systems on site. Learn more at: https://bnsfnorthwest.com/idaho/.