The next time your favorite sports team wins the championship, it’s possible BNSF was critical in getting the team’s merchandise to its fans’ doorstep. BNSF transports all sorts of products in our rail cars: from agricultural products to vehicles to massive orders of sports apparel.

BNSF works with companies like SanMar, one of the nation’s leading suppliers of apparel in wholesale distribution. SanMar makes t-shirts, polos, ball caps, bags—their wholesale gear is then purchased by promotional companies and decorators that add a team logo to the product.

SanMar often receives large orders with a short turnaround, such as an order for 25,000 shirts for a professional sports game that takes place in a week. They rely on transportation partners like BNSF to efficiently move shipments to and from their eight distribution centers using intermodal shipping containers and trailers. From the distribution centers, truckers with smaller capacity then move the product to its destination. Moving this type of cargo, called consumer products, made up more than half of BNSF’s volumes last year, totaling 5.6 million loads. Learn more at our Rail Talk article. 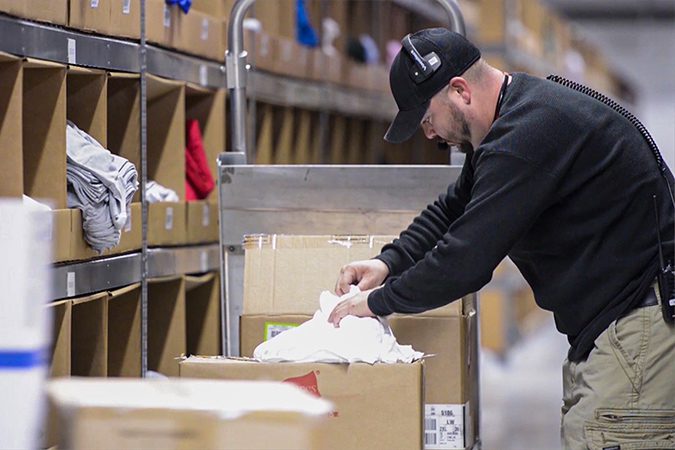