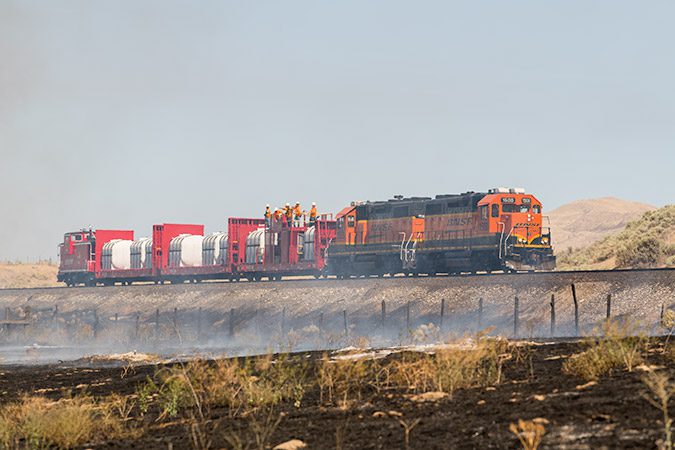 One of BNSF’s two specially equipped firefighting trains joined the nearly 1,000 firefighters and impressive array of machines in the fight against the recent Evans Canyon Fire. Each train can take firefighters to hard-to-reach hot spots, carries 30,000 gallons of water and uses hoses to shoot water up to 30 feet away. The trains are key to protecting railroad employees and property and the grassy rangeland they move through.