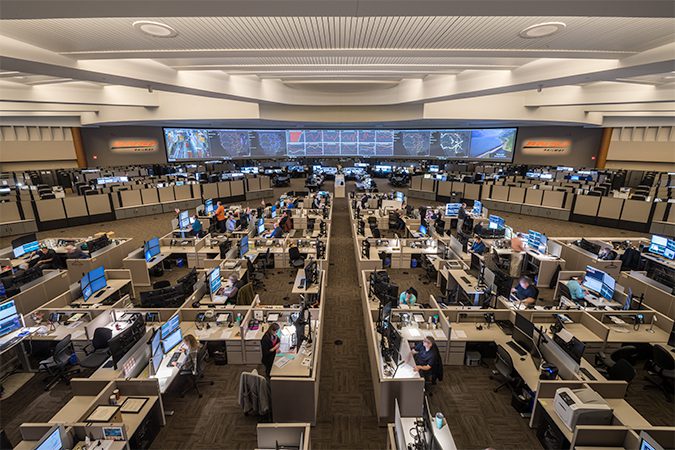 BNSF doesn’t take a break from delivering the goods needed to keep America – and the holidays – running smoothly. Behind the railroad are the men and women who help move freight trains 24/7. Dispatchers are just one group who have a round-the-clock role in operating about 1,400 trains daily across our expansive 32,500-mile network. Whereas air traffic controllers work with flight crews, dispatchers use state-of-the-art technologies to communicate with train crews and others to control and direct the safe movement of trains.

BNSF’s main dispatching center is at the Fort Worth, Texas, headquarters in the Network Operations Center. Originally opened in 1995 and renovated in 2017, the operations center boasts an operating floor the size of a football field and the largest single-span projector ever manufactured with displays of weather and trains on the system. This vast area and cutting-edge technology allow the 100-plus dispatchers and support staff during each of the three shifts to efficiently perform their duties.